Sinhala and Tamil are the two official languages of Sri Lanka. You haven’t ever heard of these languages, have you? Don’t worry, you do not need to possess amazing learning abilities in Sri Lanka language because you can still use English here. If you are going to enjoy Sri Lanka vacation packages, let enjoy this article.

One of the official languages of Sri Lanka is Sinhala used by the Sinhalese people, who total approximately 16 million. An additional 4 million speak Sinhala as a second language. This language belongs to the Indo-European language family. Within that category, is part of the Indo-Aryan branch. It is written with the Sinhalese alphabet that descends from the old-aged Indian Brahmi writing. Modern-Sinhala is traced to the Dravidian language as well as Pali and the medieval version of Sinhala. The Sinhala language has also borrowed words from Tamil, Portuguese, Dutch, and English. The Rodiya community within Sri Lanka speaks a dialect of Sinhala called Rodiya. It is considered an indication of belonging to a lower-caste in society.

Within Sri Lanka, there are thought to be about 4.7 million Tamil speakers; even though worldwide, there are 70 million. The Tamil language belongs to the Dravidian language family and is one of the world’s oldest continuously spoken classical languages. Researchers have discovered writings, which date back to around 500 BC and its literary works date back to more than 2,000 years. Tamil is the 2nd official language in the country. However, its use has been relegated to regions in which Tamil-speakers make up the majority of the population. People speaking Tamil will not use Sinhala. As a result, finding jobs or even doing government paperwork can be difficult. 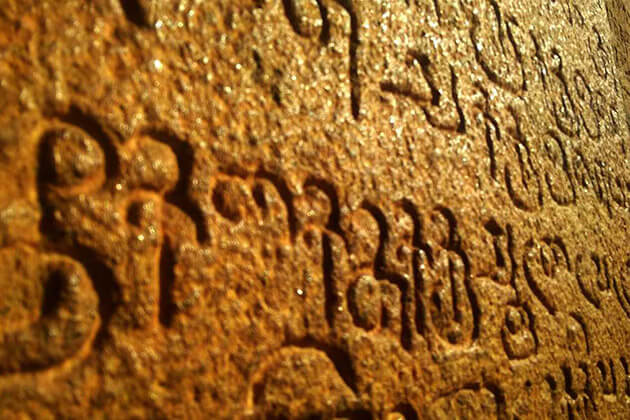 Besides Sinhala and Tamil, several minority languages are also spoken. Creole Malay is spoken by around 46,000 speakers. It is considered an Austronesian language and is made up of a mix of Sinhala, Tamil, and Malay. The Creole language originally developed with the arrival of Malay immigrants, who came as laborers, exiles, and soldiers of the Dutch and British colonizers during the 1200s. From the 19th century, written Sri Lankan Malay utilized the Gundul alphabet. Currently, however, its use is mainly oral and has been declining as the youth of Sri Lankan Malays have begun relying on Sinhala, Tamil, and foreign language like English for communication.

Another Creole language that is spoken in Sri Lanka is Sri Lankan Portuguese Creole. Indeed, the language is spoken by only 30 of the 3,400 people of Portuguese descent. These individuals are descendants of the Topazes, Casados, and Portuguese Burgher.

In Sri Lanka, the principal foreign language spoken is English. This global language is spoken by approximately 10% of the population. English is used for business purposes. 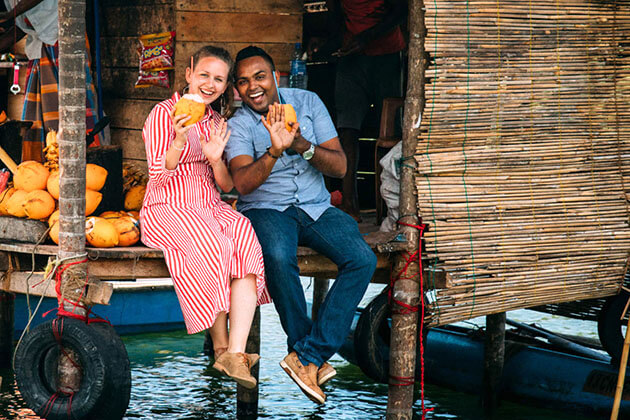 Magae nama…: My name is…

Kyede: How much is it?

Milavedi: It is too expensive

2 thoughts on “Sri Lanka Language – What Language Does the Sri Lankan Speak?”