Taking a flight seems to be the fastest, most convenient and comfortable way to travel to any country in the world. And, it can be said that Sri Lanka is not an exception. For the sake of the growing population in Sri Lanka to ease the services for frequent visitors and tourists, Sri Lanka airports have been advancing themselves as well as expanding. If you are making plans for Sri Lanka tours or you’ve been in the country, I reckon that this article Sri Lanka Airlines – 6 High-quality Sri Lanka Airports, somehow, will help you out. So, let figure what are the 6 high-quality airports in Sri Lanka.

Bandaranaike International Airport is located in the Sri Lanka Capital – Colombo and also is the first airport that majors international and domestic airlines surfacing the runaway. Currently, this Sri Lanka airport has three terminals and a cargo terminal. 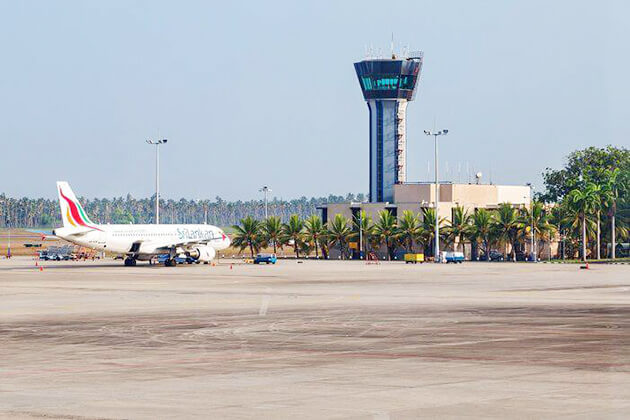 The terminal 1 is the oldest terminal that includes 12 gates. The terminal is vast within that the arrival and departure gates are divided horizontally. The terminal comprises the major terminal building that is connected to one entrance converging all the gates. Major international flights use this particular terminal as the terminal 2 will be soon opening in 2019.
You can find 2 lounges here, the Sri Lankan Airlines Serendib lounge and the Palm Spirit lounge. The Bandaranaike International Airport converges a cafeteria, a smoking lounge, tea shops, and manifold duty-free shops as well as day rooms and showers. Terminal 2 is set to open in 2019 and to totally include 8 gates. A new expansion project under phase II has commenced with additional boarding gates and passenger boarding bridges. Terminal 3 majorly deals with domestic flights with arrival and departure gates. 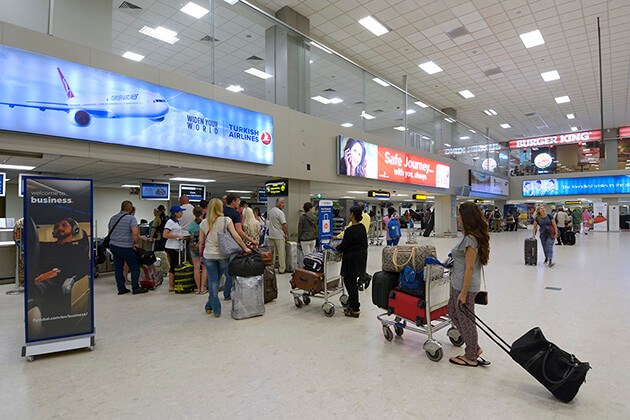 The government is also planning to bring about a second runaway and many other expansion projects in the future to expand this huge airport in Sri Lanka. The present flights within the airport consist of Air Arabia, Air China, Aeroflot, Indigo, Air India, Edelweiss Air and many more. The airport code of the Bandaranaike International airport is CMB and Airport and Aviation Services Ltd administers it.

Located 18 km away from Hambantota in the town of Mattala, the Mattala Rajapaksa International Airport is a major international airport that serves within the southern province of Sri Lanka. 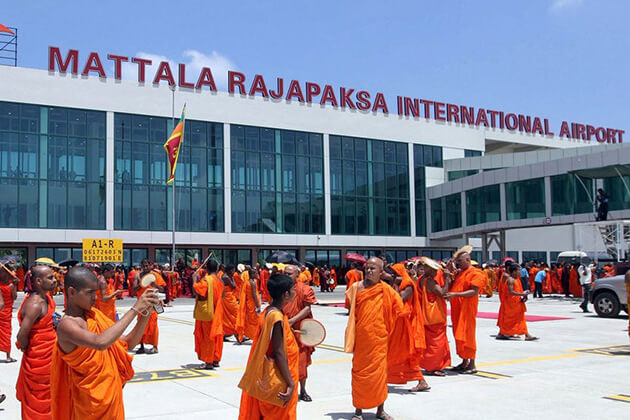 This airport in Sri Lanka has 1 terminal that can accommodate almost 1 million passengers/ year. It has 12 checks in counters and 2 gates. The terminal has a medical center, restaurants, and a lounge, especially for business class passengers. The runaway of the Mattala Rajapaksa International Airport measures up to 11,483 ft. Cinnamon Air is one of the domestic flights recently operational within the airport while FitsAir is the recent cargo airline operating within the airport. The airport code of The Mattala Rajapaksa International Airport is HRI. 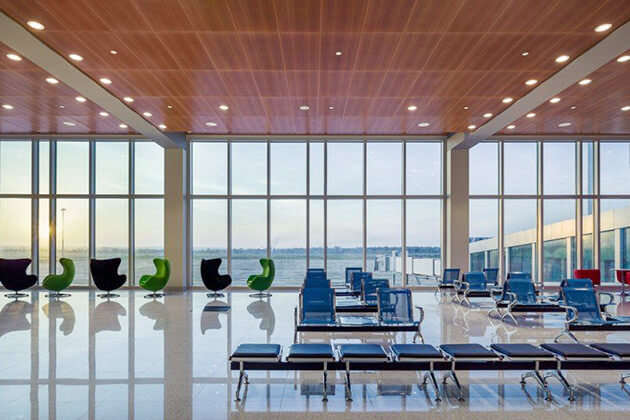 The airport is the first to be known with Greenfield characteristics such as the planning and construction processes are usually carried out from scratch. It is the 2nd functional international airport after Bandaranaike airport.

The Ratmalana Airport is situated roughly 15km away from the south to the capital city, Colombo. This Sri Lanka airport is considered to be the only international airport and is said to be the prime domestic airport serving the capital city. Recently, the airport is a major host of domestic flights and manifold aviation training organizations. 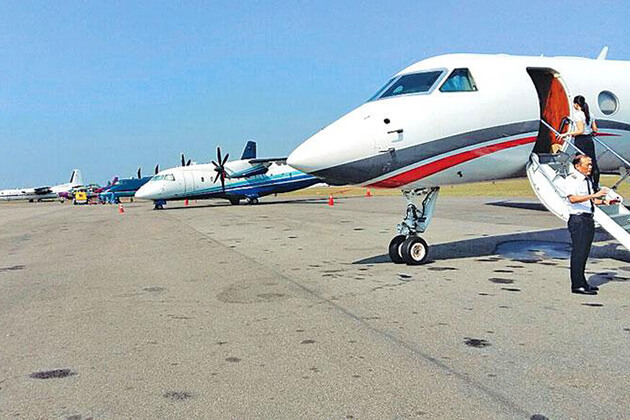 The 2 terminals are operating within the Ratmalana airport. Terminal 1 deals with international corporate and domestic flights, while terminal 2 deals with the regional operations. The facilities offered at the airport consist of Immigration services, VIP lounge, ground handling, Baggage, and Passenger screening as per ICAO Standards. The recent flights associated with Ratmalana airport consist of Air Senok, FitsAir, Helitours, and Millennium airlines.

The Anuradhapura Airport is one of the major local airports located within the Anuradhapura city, a major city situated within the Northern Province. The town is the central city of the Northern Province and is famous for its ancient temples which direct a story towards Sri Lankan civilization. The airport is also a military base and is often known as Sri Lanka Air Force Base Anuradhapura. The recent airlines operational with the airport consist of Air Senok, FitsAir, Helitours and Millennium Airlines. One of the operational domestic airports, Anuradhapura airport is one of the prominent local airports in Sri Lanka. 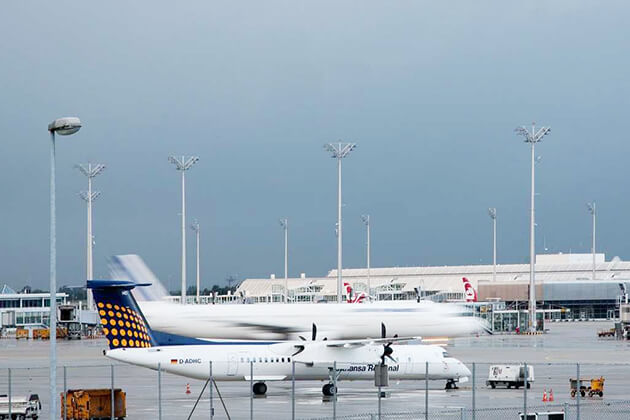 The Koggala Airport too was an air force base under the Royal Air Force. Now the airport is utilized for domestic and military flight purposes. Koggala airport has a vast history commemorating its contribution during the Second World War. Before the World War, the airport was also used for seaplanes near the lake of Koggala. The government has further planned for upgrading the Koggala airport into an international one and for which the feasibility study has already been advanced. The Koggala airport is situated almost 15km from the city of Galle in Sri Lanka.

Sri Lanka has nine provinces, and it is quite evident that the country should have as many airports for the convenience of the tourists and the locals. Some other domestic airports in Sri Lanka include Ampara, Batticaloa, China Bay Airport (Trincomalee) situated within the Eastern Province. Jaffna, Iranamadu, Hingurakgoda, Palavi and Vavuniya Airport within the Northern Province. The Kandy Airport is under construction in the Central Province.

Sigiriya Airport was initiated as an airbase by the Royal Air Force during the World War crisis. Presently, the Sigiriya airport functions as both an air force base and as a domestic airport owned by the government. The history of the airport began during the World War and was subsequently closed after the World War. However, with the invitation of the Air Marshal Donald Perera, Commander of the Air Force, the airbase was reopened again in 1985. 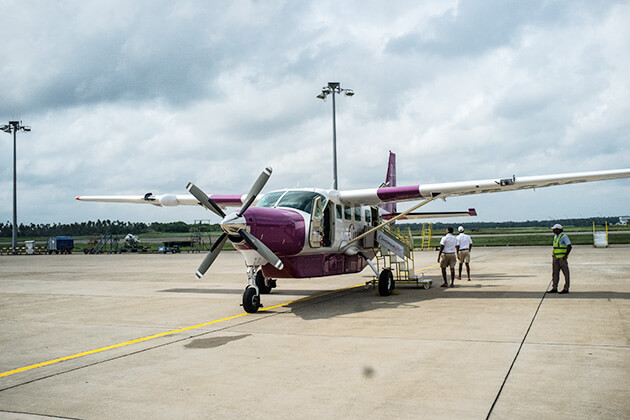 The recent operational flights from the airport consist of Air Senok, FitsAir, Millennium Airlines, Helitours, and Cinnamon Air (Sri Lankan Airlines). This small base is quite famous in Sri Lanka and is favorable for sightseeing if one has the Dambulla cave temple on their list first.